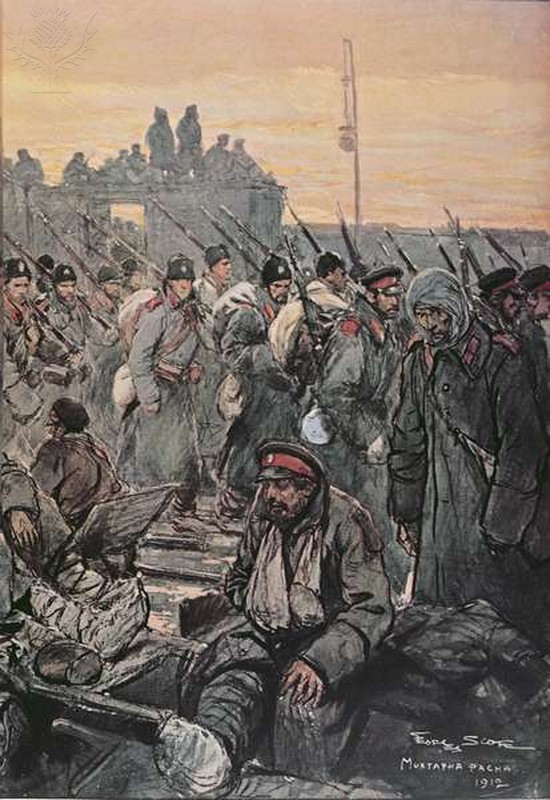 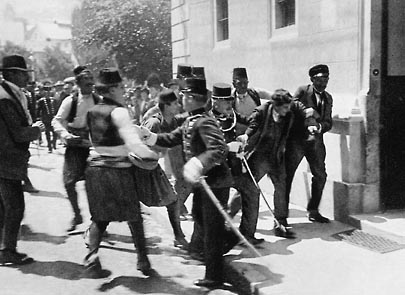 Bosnian student Gavrilo Princip, the suspected assassin of Archduke Franz Ferdinand, is hustled into custody in Sarajevo in 1914. Because of Princip's swift capture, he was unable to swallow the cyanide pill he had tucked in his pocket.
"capture of Archduke Ferdinand's killer." Image. The Illustrated London News Picture Library. World History: The Modern Era. ABC-CLIO, 2011. Web. 6 Nov. 2011.

In Brief
In 1904, Britain, France, and Russia formed an alliance called the "Triple Entente" as a means to protect their countries from the might of the "Triple Alliance" (Germany, Austria-Hungary, and Italy.)
In 1905, German Chief of the General Staff, Count Alfred von Schlieffen devised an operational military plan to be used in any future two-front war against France and Russia. Known as the Schlieffen Plan, the plan's purpose was to defeat France and then Russia.

In 1914, to activate the Schlieffen Plan required the German army to cross neutral Belgium for quick access to Paris. Done on August 3, this German move ultimately brought the British into World War I because Germany's actions violated the 1839 Treaty of London Britain had guaranteed to Belgium. 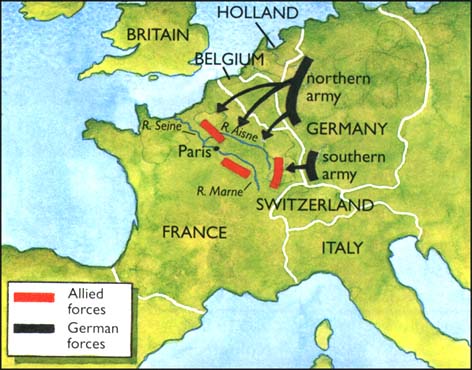 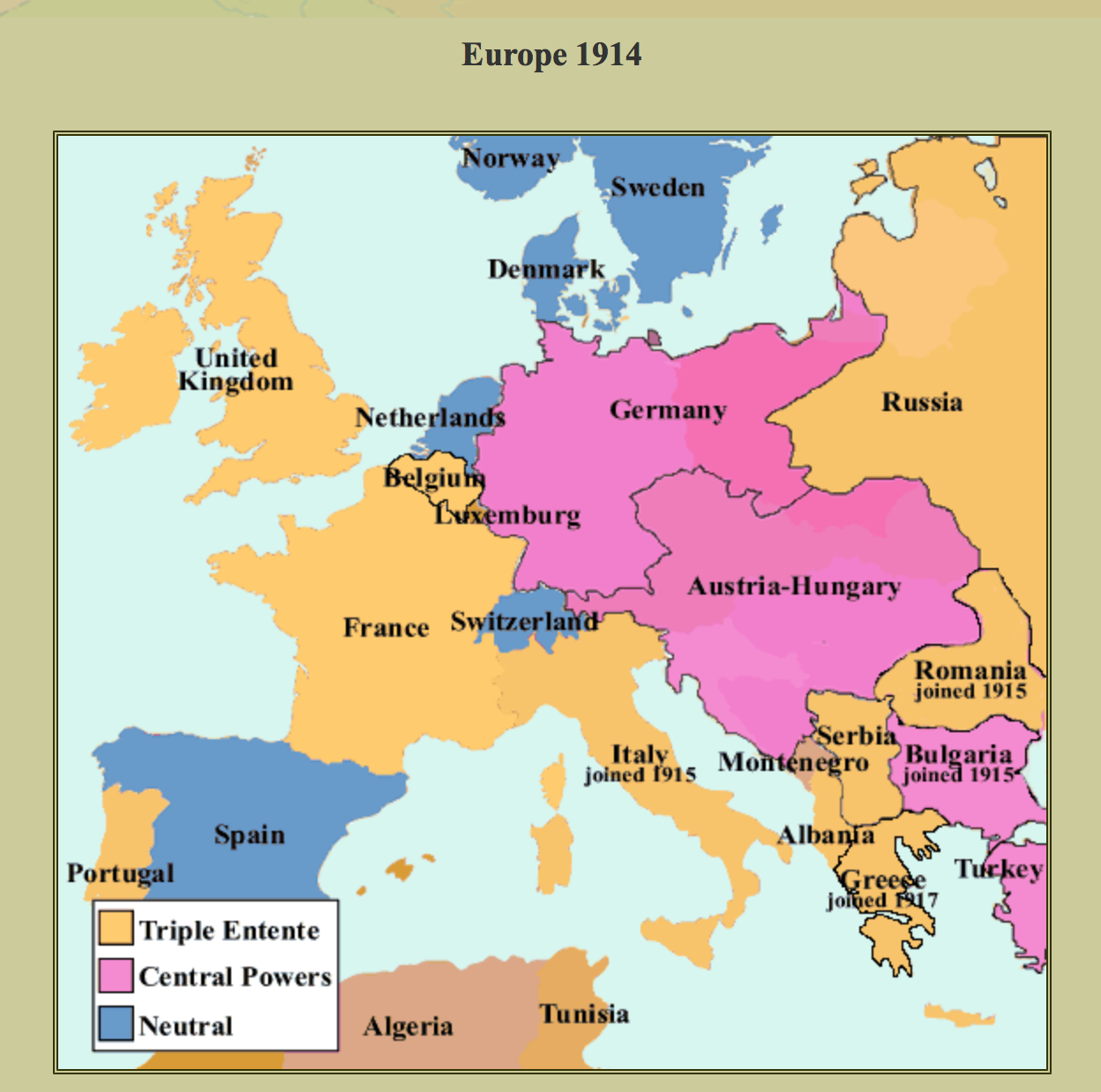 Why?
When the German submarine (U-boat) U-20 torpedoed the British ocean liner Lusitania carrying 1,962 passengers on May 7, 1915, the act would ultimately trigger the United States' entry into WWI.
Until that time, the United States had chosen to remain neutral. However, between the continued German submarine warfare and the British interception of the Zimmerman Telegram in January 1917, President Woodrow Wilson asked the United States Congress for permission to engage in war.
Complying, Congress officially declared war on Germany and its allies on April 6, 1917. 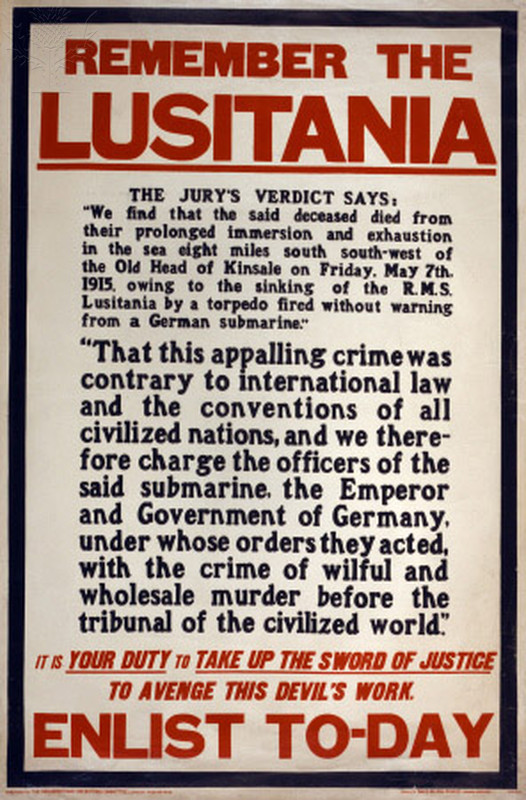 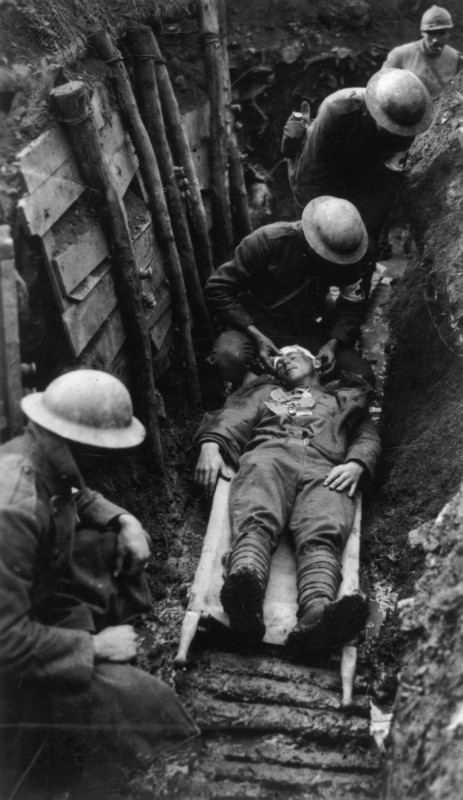 March 22, 1918: Red Cross workers in a trench tending to a wounded American soldier on a stretcher.

The Most Famous Poster 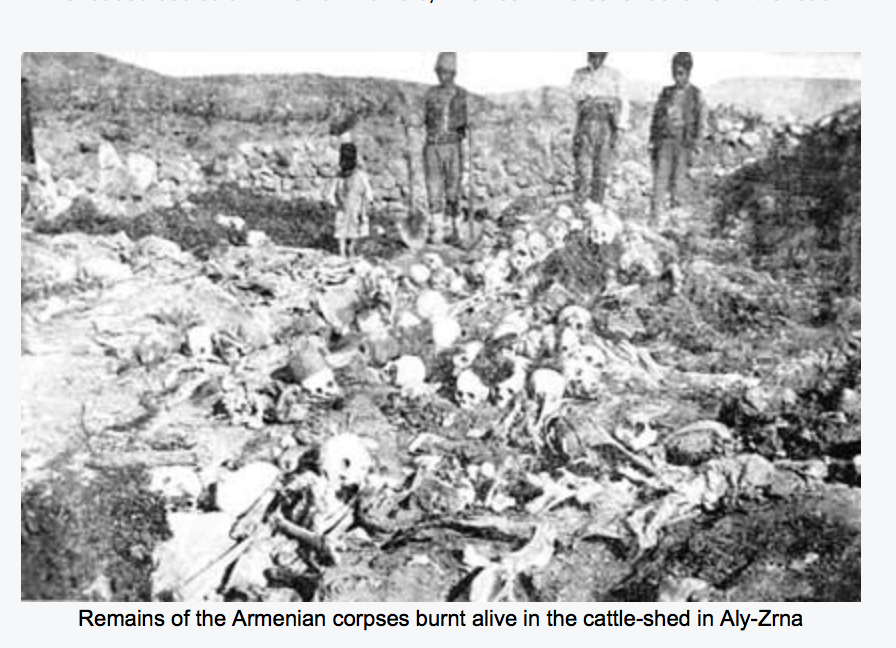 Legacy of World War I