How Safe Was Working in Victorian Britain

How Safe Was Working in Victorian Britain? 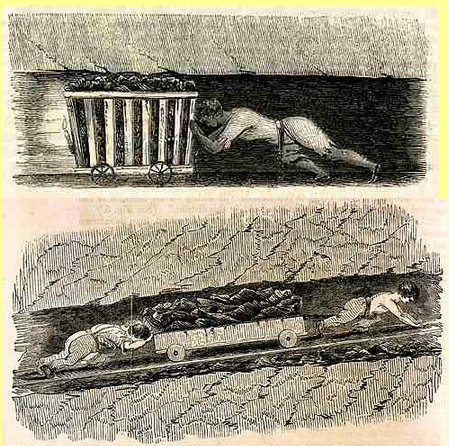 These are prints of young persons included in Lord Ashley's report on children in mining from 1842. Although children under ten and all women and girls were banned from working underground as a result of the report, boys over ten continued to be used underground. The conditions shown in the drawings would still have existed during the time of the Great Exhibition. They show how young persons were used to move the coal to the surface.